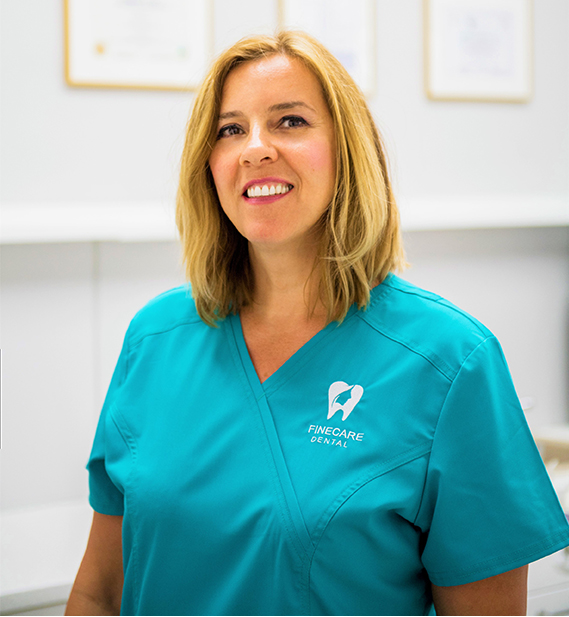 We are delighted to announce that after thorough planning and implementation we have opened our new state of the art clinic in the heart of Budapest.

From the conception of Fine Care;  you, our prospective patient were in the forefront of our mind.  We designed the reception away from the waiting area and our treatment room has only one dental chair so that we can give you privacy.  We placed our X-ray unit onto the treatment chair to give you comfort. We made sure we have large windows that allow ventilation to give you safety.

Here we have everything we need to offer you first class dental treatment. Our dentist graduated from a top British university and has over twenty years of overseas experience.

We only work with experienced professionals and highly skilled laboratory technicians so as to ensure the best possible results. We demand continuous professional training from our staff and strive to keep up to date with new developments within the dental science.

Our mission at Fine Care Dental clinic is to provide you with the highest quality treatment in the most pleasant environment.

I graduated in 1999 at the United Medical and Dental Schools (UMDS) of Guy’s and St Thomas’ Hospitals with a BDS (Lond) degree.  My career began at a well-equipped private Practice in London, where on top of the usual post graduate educational courses; we attended customer service training as well.  For us clinicians it is important to recognise that it is not enough to use the best dental materials, but also to deliver the treatment with care, patience and respect.

Over the years I attended numerous post graduate training in a wide range of subjects including endodontics, aesthetic dentistry and prosthodontics.  These courses are run by word renowned companies and institutions, and includes academic as well as hands on training.

In the early 2000’s I moved to Dubai where mostly British and American companies provide dental training.  In 2013 I gained Membership to the American Academy of Implant Dentistry (AAID) after two years of studies.

I keenly follow the latest dental technologies and innovations; I also have an interest in facial aesthetics. Although an attractive face requires a beautiful smile, relatively simple non-surgical procedures can have significant effects as well. In recognition of this I studied medical aesthetics, and completed a Diploma in Aesthetic Medicine awarded by the American Board of Aesthetic Medicine.

In 2004 I opened my first Dental Clinic near Dubai.  During the fifteen years I spent there I had a truly international patient base.  Amongst them were mostly British, European and American people, many of whom became my friend. I truly enjoyed the diversity the expat life has provided me and it made me confident in dealing with a wide range of expectations. Despite the huge competition, the practice was successful, I believe due to the high quality treatment we provided in a relaxed setting.

Continuing this philosophy, we are hoping to create many satisfied patients in Budapest as well. 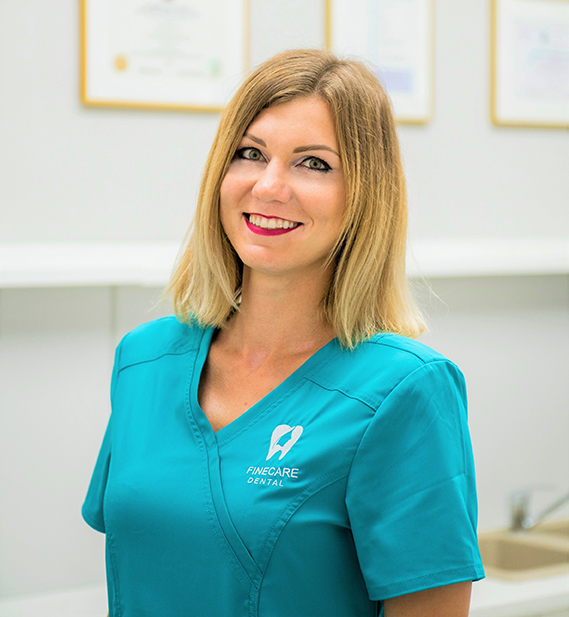 I completed my Dental Assistant qualification in 2013, followed in 2014 by a Dental Hygienist course. Since then I gained diverse experience within the dental field. Keeping up to date is important to me, therefore I continue to attend relevant training.

My priority is to provide oral hygiene treatment in a relaxed atmosphere, so I aim to be emphatic, approachable and calm. As well as leaving with a clean, bright smile I like when my patients are also happy to return.

My role in Fine Care Dental is to ensure that the clinic runs smoothly. I supervise non clinical processes, the reception and run the administration. I welcome patients when they arrive, answer their questions and help them to feel at ease.

I enjoy working with people. My first job was as a teacher, I then ran my own commercial business for many years. I find dentistry exciting with its clean yet caring atmosphere. My goal is to be the heart and soul of Fine Care as well as its face.

Any cookies that may not be particularly necessary for the website to function and is used specifically to collect user personal data via analytics, ads, other embedded contents are termed as non-necessary cookies. It is mandatory to procure user consent prior to running these cookies on your website.